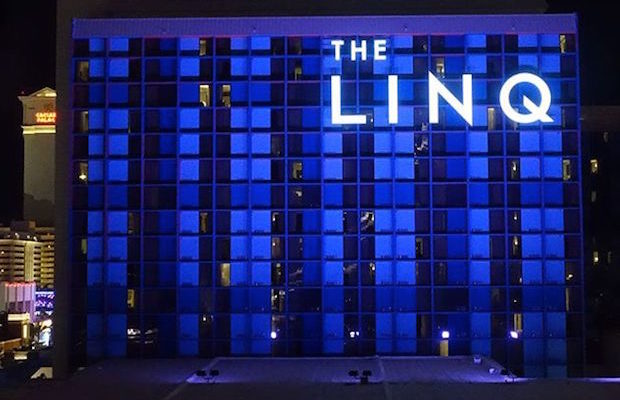 Budget-minded travelers looking for value should put this place on their list to consider; its rooms are lower-priced and the casino games have low minimums as well. Its pool parties also make it attractive to a younger crowd.

Casino features include a race & sports book, where you can also play keno.

There are 830 slots altogether: Progressive games of Megabucks, Wheel of Fortune and others; video poker, video slots of all sort, in penny to quarter denominations.

Other Features
The huge party pool is in Tower 3. Visit it for swimming and games, daily DJs, food and cocktails. It’s open between 9am-5pm.

The spa offers whirlpools, eucalyptus steam rooms, and its salon does spray tanning, makeup, even beard trims. In addition there is a fitness room equipped for weight training and aerobic/cardio workouts.

The Auto Collections — the hotel owns the world’s largest collection of classic, vintage cars, most of which are for sale. Among the collection is a convertible once belonging to Marilyn Monroe, a Lincoln that carried President Kennedy, and many other vehicles of historical or celebrity significance. You can find them on the 5th floor of the garage building of the hotel. This display is open to the public daily from 10 to 6pm. The High Roller ferris wheel is next to the Linq, in its shopping area between The Flamingo and The Quad. It’s the world’s largest ferris wheel, at 550 feet (around two-thirds the height of the Stratosphere Tower). This is, however, an observation wheel rather than a thrill ride, taking a half-hour to go round once — excellent for viewing the city. Each little cabin holds up to 40 people. You can buy tickets inside the hotel in vending machines, or online.

Things to note: The hotel has a Bitcoin ATM.

The rewards card program is TotalRewards. There’s also a Fuel Rewards program if you get a card; acquire credits to turn into money off per gallon.