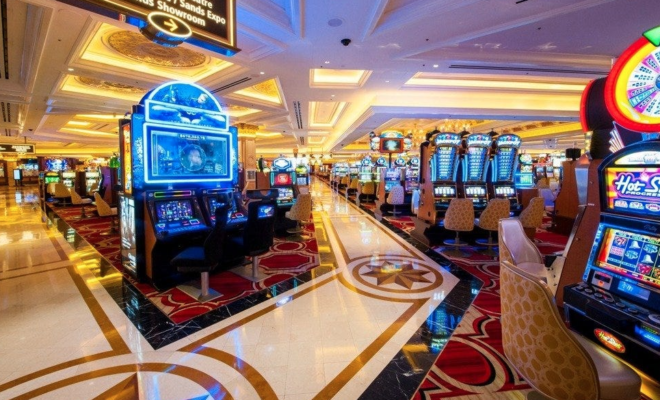 Where To Play Slots in Las Vegas

If you want to find the casinos which are the best ones to play slots in, and which specific slot machines have the highest payouts, you are inquiring about some very closely held secrets of casinos. The major casinos do not publish the payouts of their slots, although sometimes some are found out. They are required to report certain information to the state regulators, however.

The state publishes the generalized/average payouts of the slot machines of a particular area, like the Strip and Downtown. State regulations require that a machine must payout, at minimum, 75%. But usually your gaming device will be delivering around 85 to 98%, and if a casino advertises a percentage, then you can be certain that is an average of all their machines.

Nevada’s Gaming Control Board doesn’t release the payback of individual casinos, only the average for all slots in an area. They do, however, delineate the payouts by denomination of the machine. And so you can easily see which types of games are the stronger bets.

The payout, or RTP (Return To Player), percentage is a statistic reflecting what that machine pays out, from all money put into the machine, over the long term. It definitely is not the percentage of payout you’ll see in one or more gambling sessions. But you still want machines to have higher percentages. So let’s look at how they work.

Slot Machines in casinos now don’t depend upon spinning reels to select items in a game. Each machine uses a software RNG — random number generator — to make the selections with as much randomness as the computer can generate. The icons which will show on your line are selected (by the random number generator) as soon as you choose your bet amount and hit “Spin.” They are chosen, in fact, before the reels spin; the computation is instantaneous. Slots usually run around an 85% to 98% return to player. Video poker machines operate a little differently from other slots; the other slots operate simply on chance, not player skill. Video poker machines still use RNGs to choose the cards which come up for the player.

Because it is a computer running it, you should realize it’s a myth that slots will pay out at certain intervals, and a machine that has not paid out for a good while is no more “due to hit” a jackpot than it was a day ago, or an hour ago, a week ago. The chances are the same each spin, because the computer’s software goes through exactly the same process each time.

What the casino operator chooses and sets about a slot machine is embedded in a computer chip, and is not easily changed. The particular chip contains the setting for its payback percentage. The payout cannot be changed unless the operator opens the machine and physically replaces the chip, which is not often done. Only in server-based gaming, something which is only being tested at present (and has NOT been approved for Nevada gaming), can immediate changes be made in machines’ payout percentages — without replacing the computer chip.

Penny machines are usually set to be around 87% – 90% payback. Higher denomination machines almost always pay off better than lower denominations. The exception to the last point are MegaBucks machines; these tend to have payback percentages in the low end of the scale, in fact even lower than the average one-cent machine.

The state evaluates and reports the average payout for the machines of an area, broken down by denomination.
In broad terms, Downtown Las Vegas slots pay off a little better than those on the Strip. And Boulder Highway casino slots have higher returns than those on the Strip. To see the state’s breakdown of the regions, visit americancasinoguide.com/slot-machine-payback-stats

So you can see the pattern. There is no system to use for slots, but you can increase your winnings if you hit a jackpot by playing the full bet amount, rather than the minimum bet. When it comes to lower-chance but bigger jackpot games like MegaBucks or Wheel of Fortune, you should bet the full $3 to maximize your possible win.